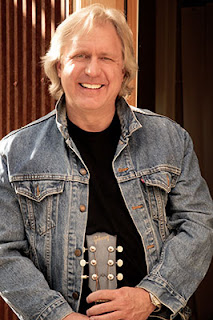 The Alan Acuff comeback tour is underway, and I hope you'll join us for some picking' and grinnin' this Saturday afternoon July 21st, from 1-3 pm at the Three Ravens Coffehouse in Tierra Amarilla, NM. 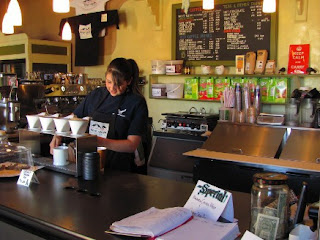 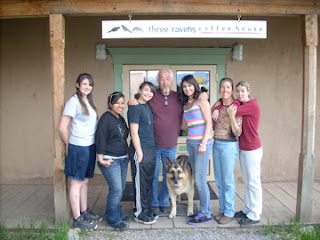 Please join us for a fun afternoon of music, great coffee, and good food. Bring a chair, bring your kids, and tell your friends.
Posted by Alan Acuff at 9:05 AM No comments:

Yesterday, I spent a musical afternoon and evening at the 14th Annual Albuquerque Folk Festival. This year the festival was held at the Albuquerque Balloon Museum.
I enjoyed all of the music I heard but I have to admit that my favorite band was a folk trio called Three String Bale.

This energetic trio of talented multi-instrumentalists really works hard... almost as hard as James Brown himself, and in their own way they are equally soulfull. In short, what I like about these folks is that they are putting the fun back in folk music. Their music is sometimes zany and irreverent and never boring. A high point of the show for me was their performance of Clarence Ashley's The Cuckoo.

Speaking of keeping the fun in folk music, there's a movie that I want to recommend to Three String Bale and to everyone reading this. It's called Chasing Gus' Ghost and it's a film dedicated to Gus Cannon the famous jug band leader. This movie features Maria Mauldaur, Bob Weir, John Sebastian, and many other great musicians. It's a must see folks!

In closing let me urge those of you who missed the Albuquerque Folk Festival this year to put it on your calendar for next year. And in the meantime, I recommend that you go to the Three String Bale website to check their calendar for a show near you. Don't miss them!
Posted by Alan Acuff at 10:08 AM No comments: